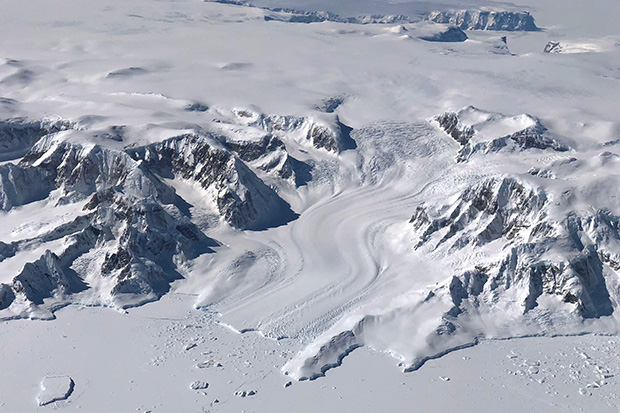 I did not know of Henry Worsley before last week, but it’s been difficult to get him out of my mind since. He died on January 24, just 30 miles short of his goal but after traversing more than 900 miles of Antarctica on foot, seeking to honor his inspiration, famed explorer Ernest Shackleton. Worsley was much more than an explorer, it turns out. He was a philanthropist, raising money for wounded soldiers. He was also himself a combat-decorated warrior, rising to the elite of the British special forces and spending a career on the knife’s edge.

Days after his passing, NASA observed a day of remembrance for their own explorers, the astronauts lost in the 1967 Apollo launchpad fire and on shuttles Columbia and Challenger. As someone who has always looked up, I was moved and impacted by the memories. I was there when Challenger launched on an earlier mission in 1983, carrying another explorer, Sally Ride, the first American woman in space.

A few weeks before Worsley’s passing, musician, actor and artist David Bowie left us.  It’s hard to define where my love of space—and my love of words—ends and where Bowie’s music begins. It’s equally hard to imagine that in a lifetime of writing, I’ll ever be able to create something that sums up living as well as the final verse of my favorite Bowie song:

There is not much logically tying Worsley, the astronauts and Bowie together. There is no peer comparison to them, and I’m not trying to equate a rock star, astronauts and a warrior. They each can stand on their own merits. We are poorer for the loss of all.

However, while there’s not an equality between them, I think there actually is a connection of sorts, and it’s from the motto of Worsley’s unit, the Special Air Service.

I first heard the expression in college, coming out of a shell, finding myself. I thought it was fascinating and true. It fit where I was in my life, and over the decades, not a week goes by when I don’t think it. I’ve passed it along to friends who have asked me for advice on everything from coming out to dating to careers to life decisions. Some of them have passed it on to others. I have tried to apply it to my professional life wherever possible.  I’ve been blessed to work in environments that encouraged daring.

Life—actual experiences, not the day-to-day drudgery that makes days turn into weeks turn into months turn into years turn into decades while you blink—is about daring, isn’t it? Daring to cross that mountain, sail beyond the horizon, try something new when other things have failed, take that leap. Life is dangerous, scary. It’s easier to rest, take it easy, copy others, be part of the crowd, and we all have to do some of that some of the time. Daring is hard work. No one can do it ceaselessly or should do it thoughtlessly.

The astronauts dared, volunteering to place themselves in danger to launch into the heavens above, taking humanity’s dreams with them.

David Bowie dared, never taking the safe route in his art, always being just a little different, willing to reinvent himself, not often taking the easy path his fame and wealth could have allowed.

Clearly, Worsley dared. His whole life was “leaning forward,” running to the sound of the guns, sacrificing all for others.

Except, of course, sometimes you don’t. Sometimes, the daring causes you to be blind, short-sighted, stupid, and arrogant (or is it the other way around?). Sometimes you make that leap you shouldn’t. And people—at the very least, you—get hurt by your actions. Or worse.

Defining “wins” in terms of “accomplishing what you set out to do,” actually, you quite often don’t win. You quite often lose. But that isn’t the point, nor does it mean that you stop daring. It means you reevaluate your actions and goals, what you did, what drove it, how you can fix the harm done, and how or if you can move ahead. You are in debt to the experience and everything that got you to where you were and are, and thankful that you can even have those thoughts. You win through the learning, if you choose to.

And you move on. One ski ahead of the other, because the alternative sounds much worse.

You dare yourself. As Bowie said, you are then, in turn, dared to care about everything.

This is our last dance. Who dares wins.