Embrace this difficult moment, and move forward hard and engaged.

Posted by the UCONN Center for Career Development on April 22, 2020

I do not know exactly what you’re going through. No one can; no script explains all of this right now.

What you’re experiencing is the grief of loss, and don’t let anyone tell you otherwise. Rites of passage like graduation, the joy of being on a campus in the spring, or getting your first “real” job have meaning. Your rites of passage were snatched away at the buzzer. Mourn them hard. You’ve earned that.

But then move, equally hard and fully engaged. Because we need you. And need creates opportunity.

While I don’t know exactly what you’re going through, I do know this: if you learn to embrace loss and losing, you will discover they are the only path to growth. The obstacles in your life ARE your life.

Let me share some perspective more connected to UConn and less abstract. By any objective measure, my two degrees from UConn were horribly timed, terribly planned, and poorly executed. I nearly dropped out of my first semester with a 1.3 GPA in engineering. I changed majors three more times and earned my journalism degree just before the Internet changed everything I’d learned about the media business. 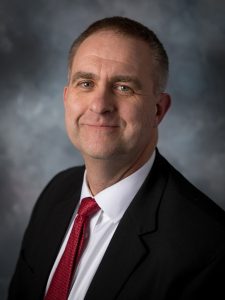 I wanted to be an international reporter and studied Soviet political systems when the Soviet Union collapsed mid-class. I graduated into a recession and struggled financially. I earned my MBA later in life and was in a finance class when the markets spasmed and crashed. I graduated into a second recession, never became that reporter, and never traveled for work. 0 for 5 in the things I thought I wanted at age 21. If attaining goals or sticking to plans are measures of success, I am an unmitigated failure.

And for that, I am profoundly grateful.

My journalism degree never made me a reporter, but it taught me how to write. That skill sustained my career in countless ways. The Soviet Union died, but the ability to examine issues from multiple perspectives helped me at every job. In a dreadful business environment, the MBA opened doors to connections exactly when I needed them.

I’m privileged to have been able to fail, and I’ve learned that failure creates opportunity just as need does.

You’re privileged, too, but you’ve been dealt some really bad cards as of late. There are large, seemingly insurmountable problems in our state, nation, and world.

You have so much going for you to take them on.

First, you have us, an alumni base of 250,000 that will have sympathy for anyone with a ’20 after their name. Use our networks and use our help.

You also have a worldview centered on connections, unlike any generation prior. If you need any more evidence that we’re all connected, well… (gestures wildly all around).

Lastly, you have new ideas and energy, and we do need those right now.

I have been lucky to meet many UConn students at networking events, and I always share the same advice. I suggest making a Venn Diagram of three things: their skills, their passions, and their opportunities. Aim for the middle as the ultimate goal, but settle for any two as a step toward that middle.

You’re naturally passionate at this age. That part’s easy. It’s a tremendous gift that you should explore and nurture. Never let it wither. You’re loaded with fresh skills. Find as many uses for them as you can, like writing and analysis served me.

And that last part, the opportunities? I can’t tell you when or how, but you will find them. Maybe not always as you wanted. Maybe not as you’d planned. Like need and failure, searching will reveal opportunity, maybe where you thought it would. Maybe not.

I do not know exactly what you’re going through. It’s true. But to be fair, you cannot know now all of the great things that will come.