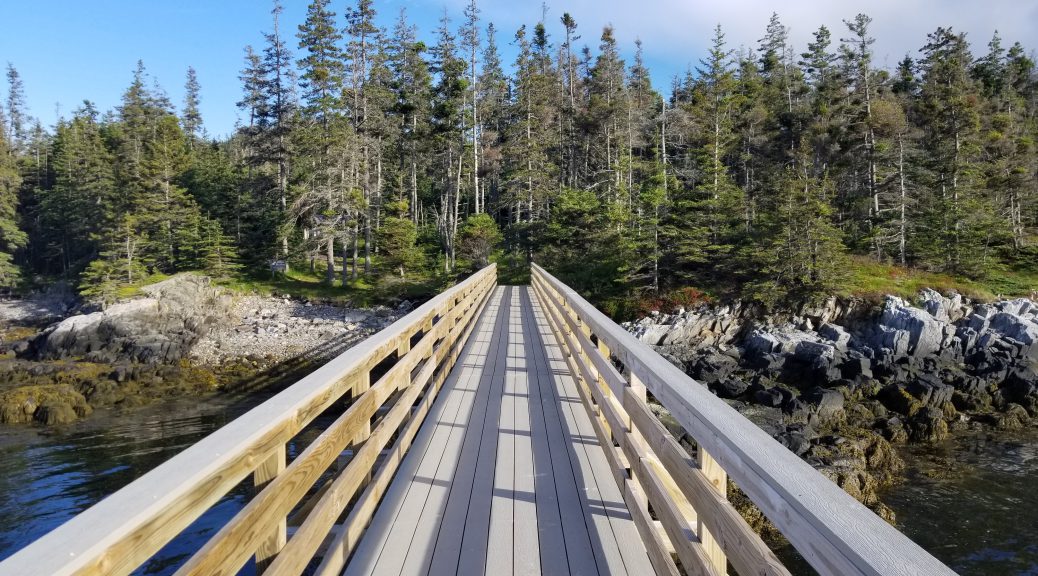 It was the first thought that came to mind. I saw my son looking down at his phone, as shocked as I was that on this rocky island off the coast of rural Maine, we had steady cell coverage for the first time in three visits.

“Yeah.” He agreed without even a second word.

We dropped our heavy packs and got to work, setting up camp under tall pines in a routine now familiar from years of doing it. Stake, tie, hitch, gather, chop, light, organize. Food over there. Flashlights by our sleeping pads. Lines tightened up. We wordlessly helped each other by instinct, and the two phones sat over by the fire ring while we worked.

But they were on my mind the whole time.

We’ve camped together since he was a toddler, but in the last five years—the last of his youth—the destinations have been more remote. Baxter State Park in northern Maine and Isle au Haut in Acadia National Park had been, previously, near-total escapes. Our trips have been exercises in getting back to basics and each other.

Long after you lose cell coverage on the drive to Baxter’s North Gate, you’re bluntly reminded by a wooden sign that help is many hours away and you are responsible for your own safety. Isle au Haut, while not as remote, is six miles off the coast, and reachable only by a mailboat that makes daily runs to the island’s small village, four miles to the north of the campsite.

Once you’re at either, it’s you and what you chose to haul in on your back. At Baxter, I learned to carry dollar bills and Post Its so that I could pay a buck to any outgoing visitor I encountered if they’d text my wife that we were safe. Trivia: all but one held up their end of the wilderness deal. People are generally good.

On Isle au Haut, there previously had been a large rock on the shore where, if you stood still for a while, you’d get 3G and one bar. Not great for anything but texting home you were safe, but that was all I’d need.

Now, with 4G, the time away would be changed. Home, world news, texts, work, emails were all there if we wanted them.

The week before we’d left, I told a colleague about the remote nature of our camping. She said, “That’s good. Get your kids off their phones.”

It’s not really that simple. I’m as guilty as anyone of being glued to my screen, and if you look around any idle crowd, it’s clear phone time is an equal opportunity distractor. They’ve got us, these companies. This technology.

We talked about it at dinner that night, Triscuits and pepperoni grilled over smoky, hot coals. The rule would be, aside from texts home that we were safe, no phone for anything but photos. I took a photo of dinner, because of course I did, proud of my perfectly charred cracker.

That ban on data lasted 45 minutes. A storm rumbled and I found I could get radar for the island.

Ok, just this one other use. Other than that, Airplane Mode.

And then the notifications popped up every time I turned data on. An acquaintance joined Duo (!). A person I don’t know would like to add me to their professional network on LinkedIn. Google asked me to review the campsite. Facebook wanted me to know a friend posted pictures of her trip. My daily activity level was reported to be excellent (Yeah, no joke, I’m almost 50 and that pack almost killed me walking uphill to the site.). Starbucks was offering a deal. Capital One let me know my breakfast that day at shore charged to my card.

Off, off, off, off their switches went in Settings, one by one, until I finally just decided they were all getting turned off. I had no idea how many apps I even had set to notify me of something.

The icons remained and I realized they still tempted. Laying on my sleeping pad that night, I moved everything social, everything news, everything but camera, phone, messages, and voice recorder to the farthest right screen, five swipes away from home. Deleted others. Made a home screen shortcut for radar. All of the rest of it…out of sight, out of mind.

And my brain changed. I lay in the dark, and what had been a low-level state of worrying about what I was missing turned into serenity.

They can’t reach me now.

I woke up and found my always-spinning brain, well, still. My phone alarm didn’t wake me, because the morning sun did. Listening to the birds, the distant sound of a lobster boat checking its traps, and the wind. A quick text home to assure that we were still alive, and back it went back into Airplane Mode and back in my pocket.

I didn’t miss it. At all. For four days.

I don’t regret keeping the radar icon. A nasty storm blew in on Day Three, and it was good to know how long we had to get back to camp and hunker down.

But other than that, what did I miss?

On the trip home, my son took a shift driving, I mentally prepared myself, flipped on data, and checked my apps. Dozens and dozens of posts, comments, updates flooded in. But if I’d suddenly died in the second before I checked, I’d have died no poorer.

The president said what?
How many people were killed in the accident?
We’re doing what now?
My friend really posted that?

It reinforced to me that the connection we have through our little dopamine devices is mostly fake, and mostly unhealthy. I could feel my anxiety increase, I could feel my focus to here and now fade.

After what seemed like five seconds but actually was 22 minutes, my son chimed in, “Hey what exit do I need to look for?”

I looked up. I’d been connected to the world in those 22 minutes but profoundly disconnected to what was around me. It was startling, and totally unlike the experience on the island, when I noticed things…the way the wind shifted leaves, the subtle and perfectly rhythmic pattern of waves, how green the trees appeared, the deliberate manner in how a squirrel checked out our campsite.

It was no different than if I’d been at home on the couch, honestly. A house full of people, near each other but far away.

We’ve lost so much. And gained so little.

I made a social post about my trip the next day. Of course I did. Posted my favorite pictures. Of course I did. It got a lot of likes. A few loves. Some nice words. I’m glad people enjoyed seeing and sharing in the beauty of the island. One friend may go there with her own kids sometime. That’s nice. They’ll love it.

But the island they’ll visit, or the woods they’ll see, won’t be the same as the one I did. Certainly not the one I had been used to seeing.

I’m no luddite. I embrace technology. But you can embrace something and still realize how harmful it can be.

There’s no profound lesson here; no call to action. The technology of connection will advance as quickly as our lights have blotted out the natural night sky. This connection is, largely, good. Lives will be saved.

But when we each take our last breaths, what will matter won’t be any of that. It will be in the connections–the real connections–we make. Technology can support but not replace it.

And the two should never be confused.

Try the Triscuits and pepperoni over smoky, hot coals some time. So good. Tastes better when you’re disconnected to the world, yet so connected to what’s around you. 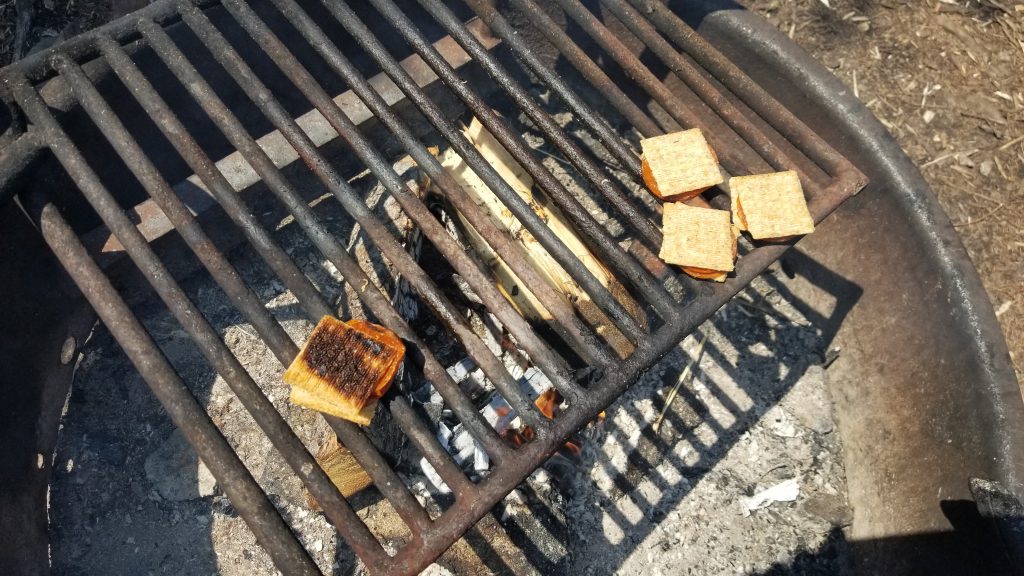